Minimal Tower Defense is a tower defense game (duh) where you try to defeat waves of Blobs before they reach your tower. Of course, its less of a tower and more of an orangish square on the right side of the screen, but the idea stands.

If you're still working on this, there is an interesting behavior of blobs that can occur if you place towers in certain positions like so...

I am still working on it, work just takes up most of my time :/

That has been a problem for awhile, I know adding a tower right before blobs go in to a one block gap will cause it, but I'm not sure how to fix it yet.

There I was, happily playing along in wave 87 (The fact that the Snow towers stacked additively meant that given enough snow, any blob will start moving in the opposite direction. That sure helped.), when I am abruptly given a game over screen, still with 20 life remaining. Did I hit a limit on the number of blobs allowed on screen/ Is there some other loss condition or end game condition that I missed? Will I ever see a MOB (or possibly is it that I already did, it was just killed nigh instantly?)

The Snow towers weren't meant to make the Blobs go in the opposite direction, that's a bug. There'll be a new update to fix that in a few days with other fixes and stuff.

I tried recreating what happened to you on the developer version and having too many Blobs on screen that have a negative speed value causes the game to crash, which caused the game over.

The MOB (supposed to be M.A.B)  is glitched and doesn't spawn.

There'll be an update in a few days to fix stuff.

I'll look into adding a speed up/slow down function to the game.

Good game, starts to get difficult around level 30, the highest I went was level 54 using a single gatling tower and repeated upgrades.

- needs to be fullscreened for UI to look right

- Some buttons get "stuck" and you need to puase / unpause the game.

I'm kind of new to this, so there's a lot of problems.

I'll be doing a big redesign and rewrite on some things to make it playable on a smaller display. 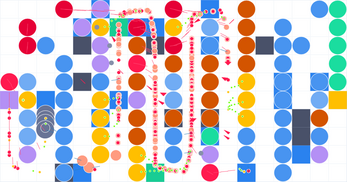 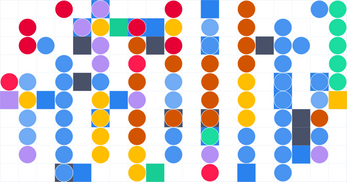